There is absolutely a reason I named this blog Mishapsandmayehem! It is the story of my life! If it isn’t one thing it is another! Most days the struggle is real for me! Sometimes the simplest of things turns into a major fiasco! Just like the story I am about to share with you! So….I found this great deal on Beef Chuck Roast at Publix….buy one get one free. AWESOME!!!! I buy two. After all….two for the price of one! SCORE!!! Sunday morning…cook breakfast…put a roast and potatoes and carrots in the Crockpot to cook all day, win win for me so I can mess around on my computer and learn some stuff that I have been working on. Rewind…got breakfast done and realized I needed to warm up some “grits” that I had purchased at Publix. Yes they were already made…don’t judge….I just wanted to try them out! Put them in the microwave and went on about my business. Then I realized I hadn’t heard the microwave timer go off. Checked the microwave. It seemed totally dead. I thought…”well it has finally played out…time for a new one.” Took the grits and heated them in the pan on the stove. All is well. But then after breakfast when I went to put things away in the fridge I realized the fridge wasn’t on either. Oh no….hubby checked the breaker and sure enough….it had been tripped.Too much going on at one time apparantly.  He fixed it and all is well. So I go in and start messing with my computer and the things that I was trying to figure out. Fast forward…three and a half hours later. I go in the kitchen to get a drink of water….look at the crockpot and realize…it has been off since the power issue!!!! It never even crossed my mind that the crockpot had turned itself off!  I take no chances when it comes to food. Soooo…..bye bye pot roast. We have another one…I can cook it in my electric pressure cooker in no time…everything will be fine. I run to town. Get what I needed to make my Pioneer Woman recipe for the day. Grab some more potatoes and return home. I start on the recipe and at the same time…brown the roast and prepare it all and put it in the electric pressure cooker. I cook the roast first.Then add the vegetables  and start it again. I know from past experience that it still takes a while to cook a roast to very tender in the pressure cooker. I start the timer, and as in the past, it doesn’t time. But I also know that, from past experience, it still cooks even if it isn’t timing. So I let time rock on, while I am making my brownies, and check the roast in about an hour or so. The potatoes are still hard! What?!!!??? Not sure why, but, I start it again, and let it go for another half hour. The vegetables were very tender and tasty. The roast…definitely NOT the texture we like our roast!Very disappointed.

So…today…I went back to Publix. Bought two more roasts. (Remember…buy one get one free!) Came home and cooked it in my cast iron dutch oven on the stove..and guess what…it came out PERFECT! The moral of the story is…you can have all of these fancy gadgets to cook with…and they are wonderful! But sometimes you just have to use the tried and true method! 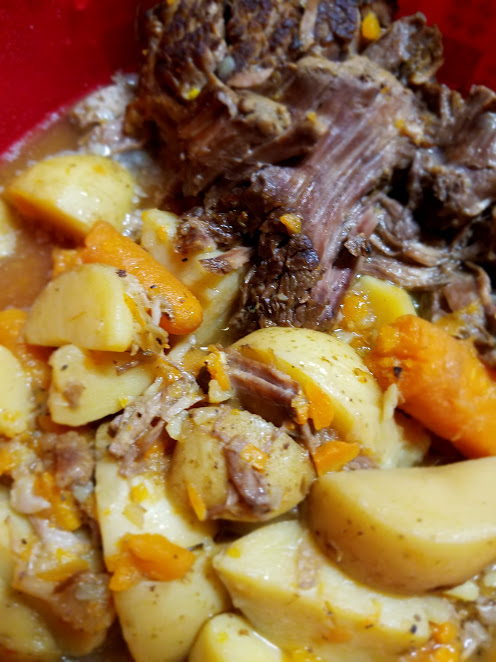 So….my second recipe for last week was “Knock you Naked Brownies”. I have to say that they are pretty tasty! And very rich!!!! 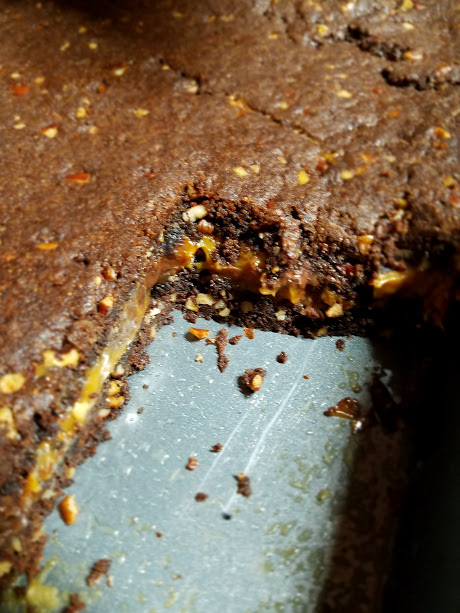 Very chocolatey with a caramel layer! You use a German Chocolate cake mix, caramels, evaporated milk and chopped pecans. She recommends sprinkling with powdered sugar but I am not one to like that so I opted to not sprinkle. Here are just a few of the pictures of the process. I will add a link to her recipe later!!! 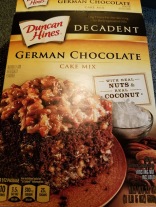 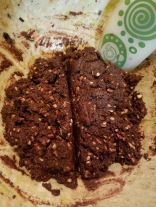 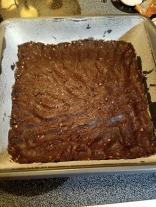 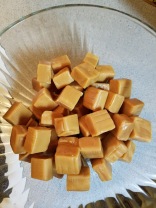 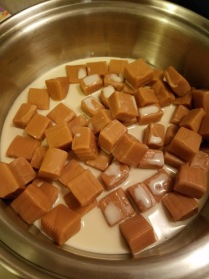 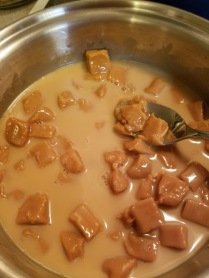 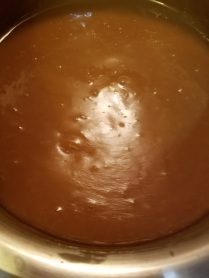 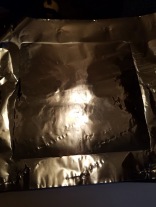 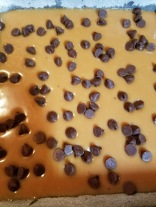 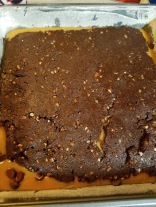 It wasn’t a long or hard process, but honestly…I am not used to working with caramels and it seemed like it took longer than necessary to melt these bad boys down into the spreadable creamy goodness! But, that’s just me!!! I think this recipe is a winner! I can’t wait to have some with some vanilla ice cream on them!!!

Have an awesome week!